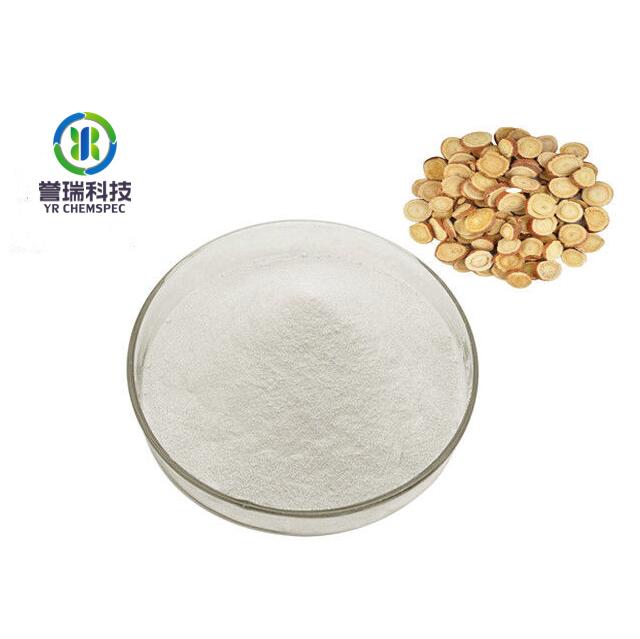 Glabridin, also known as licorice flavonoids, is a safe, mild and super skin-whitening ingredient. The content of Glabridin only accounts for 0.1%-0.3% of of Glycyrrhiza glabra. 1000KG Glycyrrhiza glabra can only extract 100g Glabridin. Therefore, Glabridin is so scarce and precious, and it is almost the same as the price of gold.

1. Glabridin can whiten and inhibit melanin.

1.Glabridin has depigmentation and properties. It inhibits the production of melanin, the pigment responsible for the colouring of the skin;

2.Studies have show positive effects in fields like LDL(low-density lipoprotein ) protection against oxidation;

3.Glabridin inhibits the inflammatory reaction by blocking cyclooxygenase and preventing the formation of free radicals such as superoxide anions;