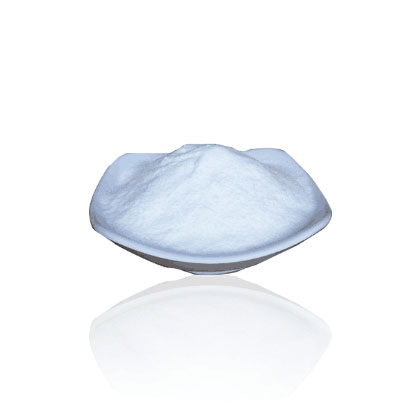 The Chemical View on Hyaluronans

Hyaluroan family is composed by a wide group of different molecular weight,the basilar unit of the polymer is disaccharide of β(1,4)-glucuronic acid-β(1,3)-N-Acetalglucosamine.It is part of the glycosaminoglycan family.

Hyaluronan is a stable molecule,with good flexibility and exceptional rheological properties.In vivo it is produced by hyaluronan synthase enzymes starting from activated nucleotide sugars(UDP-Glucuronic acid and UDP-N-Acetylglucosamine) and destroyed by hyaluronidases.

High Concentration of hyaluronan can be found in the umbilical cord,the synovial fluide between joints,in the vitreous body of the eye and in the skin.In the latter,it is possible to find 50% of the hyaluronan of all the human body.

Sodium Hyaluronate is the salt form of Hyaluronic Acid,a water-binding molecule that has the ability to fill the spaces between the connective fibers known as collagen and elastin.This ingredient hydrates the skin,allowing it to retain water and creating also a plumping effect.Sodium Hyaluronate has been used for moisturization and wound healing since its discovery in the 1930s.It consists of small molecules that penetrate the skin easily,and can hold up to 1,000 times their own weight in water.Since the skin naturally loses its water composition as it ages Hyluronic Acid and Sodium Hyaluronate can replace some of the water lost in the dermis,and potentially fight wrinkels and other signs of aging.

Sodium Hyaluronate is well known as the best natural moisturing agent.In early 1980s,the excellent moisturizing function of Sodium Hyaluronate started to be used in different cosmetic ingredients thanks to its unique film-forming and hydrating properties

Control of water is a source of Beauty

Sodium Hyaluronate is able to hold more water than any other natural ingredient-up to 1,000 time than its own weight in water,thanks to this property when applied to the skin,it can reach deep down into the dermis to combine with,maintain and attract water giving to skin the hydration and elasticity it need.

But Sodium Hyaluronate is continuously suffering a catabolic and anabolic process and,as time goes by,the percentat of this ingredient decreases in human body and,consequently,the level of hydration is affected.Hyaluronan molecule can be considered as a sponge with the capacity to attract water acting as a physical structure in skin and maintain skin hydrated and younger.

Sodium Hyaluronate has become popular thanks to its ability to penetrate skin and hold onto water,it’s widely used in moisturizers,eye creams,facial cleansers,skin repair creams,and other anti-aging skin care products.The fact that hyaluronan is found naturally in the dermis of the skin makes it even more appealing as a skin care ingredient.More and more people are looking for products that contain natural ingredients that are not toxic and will not harm or irritate to the skin.Y&R’s Sodium Hyaluornate is able to answer the different needs of the market and offering a wide range of hyaluronan based on different molecular weights.Our strength is the 100% capacity to control the hyaluronate chain and the ability to offer Tailor Made solution for our partners,including water solution form material.Our standard grade molecular weight is from 5,000~2,300,000 Dalton.Our Sodium Hyaluronate is suggested to obtain the following effects.

Moisturing Effect:Moisturizers affect the appearance of skin by doing three things:fighting dryness,balancing skin tone and improving skin texture.Our Sodium Hyaluronate achieves these goals by helping the skin is absorbing water and in filling the spaces between skin cells to replace the lost moisture.

Skin Repair Effect:Topically applied on the skin,Sodium Hyaluronate can reduce skin irritation induced by various causes,this ingredient is effective in promoting healing and acts as a free dadical scavenger and antioxidant,helping to protect the skin from the aging effects of excessive sunlight exposure.

Skin Nutrition Effect:Low molecular Sodium Hyaluronate can penetrate into dermis directly to improve the nutrient supply.Topical use of this ingredient promotes moisture retention,viscoelasticity and lubricity,Sodium Hayaluronate is suggested for basic skin nutrition as well as anti-aging formulations.

Emollient and Film-forming:Sodium Hyaluronate creates a protective film on the surface of skin,,which retains moisture,and prevent moisture from evaporating,improving the freshness.The protective barrier locks in moisture,which gives the skin a youthfull appearance.

Thickening:Sodium Hyaluronate solutions has high viscosity,it can be added to cosmetics to improve the thickening and stability of the final formulation,also giving a pleasant skin feel.

High Skin affinity:Sodium Acetylated Hyaluronate hydrophilic and fat-friendly nature give it a special affinity with skin’s cuticles.The high skin affinity of AcHA makes it more evently and closely adsorbed on the surface of the skin,even after rinsing with water.

Strong Moisture Retention:Sodium Acetylated Hyaluronate acan firmly adhere to the surface of the skin,reduce the loss of  water on the skin surface,and increase the content of moisture of skin.It also can quickly penetrate into the stratum corneum,combine with the water in the stratum corneum,and hydrate to soften the stratum corneum.AcHA internal and external synergistic effect,play an efficient and lasting moisturing effect,increase skin water content,improve skin rough,dry state,make skin full and moist.