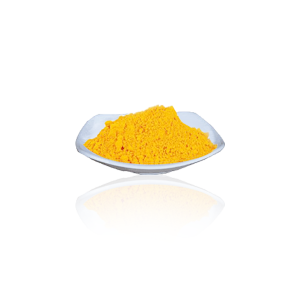 Xanthohumol (XN) is a flavonoid. It is currently only found in hops. The content of Xanthohumol in hops is 0.1% to 1%. Xanthohumol is slightly soluble in water, and easily soluble in ethanol. It has a variety of pharmacological activities. It is widely used in medicine and health care industries. Meanwhile, Xanthohumol can inhibit melanin production induced by xanthine via inhibiting the expression of tyrosinase and related enzymes. Its elimination rate of oxygen free radicals in the body is several times higher than other antioxidants; its antioxidant activity is stronger than VE, 200 times stronger than resveratrol. It can effectively scavenge harmful free radicals in human body. Xanthohumol inhibits the activity of cyclooxygenase and lipoxygenase; it kills diseased bacteria, viruses and fungi, and alleviates skin acne problem. Therefore, Xanthohumol shows prospective application in the cosmetics market. Y&R develops 5% Xanthohumol that is cosmetic grade.

Xanthohumol (XN) is a prenylated flavonoid found naturally in the flowering hop plant (Humulus lupulus) which is commonly used to make the alcoholic beverage known as beer. Xanthohumol is one of the major constituents of Humulus lupulus. Xanthohumol has been reported to have sedative property, Antiinvasive effect, estrogenic activity, cancer-related bioactivities, antioxidant activity, stomachic effect, antibacterial and antifungal effects in recent studies.

Hops (Latin name: Hunulus lupulus Linn.) are the dried ripe flowers of moraceae plant hop. They are one of the main raw materials for brewing beer. They can provide beer with unique aroma and bitterness as well as antiseptic effect. Hops are mainly distributed between 35°-55° north and south of equator. The plant originates from Europe, America and Asia. There are wild hops in northern Sinkiang, and artificial cultivation in northeast and north China. Hops are also a kind of medicinal and edible homologous plant with a long history of use. They are mainly used as a spice, seasoning, and can also be used for making tea. People use female inflorescence of hops as medicine, which can improve digestion, help diuresis, and relieve anxiety. The plant is rich in hop resin, hop oil, polyphenols, flavonoids and other medicinal ingredients. It has antibacterial, sedative, and other pharmacological functions for treating tuberculosis, neurasthenia, leprosy. It is of great value in the medical and health care industries.

German scientists have shown that Xanthohumol can scavenge oxygen free radicals in the body. It is several times more than other antioxidants. It is more anti-oxidative than VE and 200 times more powerful than resveratrol. It is one of the strongest antioxidants known. It can effectively remove harmful free radicals in human body and delay skin aging. Test results indicate that the antioxidant properties of Xanthohumol can be enhanced when it is combined with citric acid, sodium citrate and vitamin C.

Xanthohumol inhibits the expression of tyrosinase and related enzymes to stop melanin formation induced by xanthine. Thereby it can exert skin-whitening effect.

Xanthohumol can inhibit the activity of cyclooxygenase and lipoxygenase, so it has antibacterial and anti-inflammatory effect. It can kill bacteria, viruses and fungi. Studies have suggested that Xanthohumol and isoxanthohumol can fight against cytomegalovirus, herpes HSV-1 and HSV-2 viruses. And the effect of Xanthohumol is significantly stronger than that of isoxanthohumol. It can relieve skin acne problem.